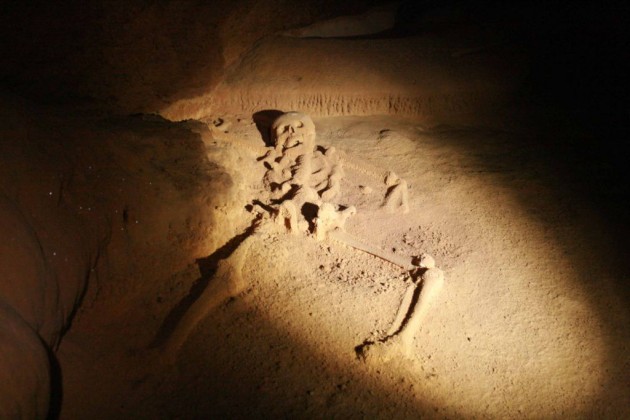 With January clawing at Canada, I Belize it’s time to swap for a spot where the weather is warm and the drinks taste better cold. Consequently, with our wives still focused on work, my buddy Greg (a.k.a. MOP) is joining me for a little ‘manventure’ in the country of Belize; formerly known as the British Honduras.

After four flights, and exchanging 24 hours of our life for geographical distance, we deplane in Belize City where our impression of the city is that it’s a rat’s nest. We don’t waste any time in hiring a van for an 80 mile drive towards the Guatemala border and the jungle town of San Ignacio. The lodging we’ve selected is located outside of town in a somewhat isolated village called Bullet Tree Falls on the Mopan River.

After paying the gruff Brit owner, we find ourselves suffering an acute case of premature elation. Neck-cradling a few beer with him we learn of his troubled environs; including robbers, fer-de-lance snakes, scorpions, a guy from a bar fight threatening to shoot him, a rotted deck courtesy of the rain-swollen river, a wife who has left him, Dengue Fever deaths in the area, plus the fact the place is now up for sale!

The crotchety old curmudgeon ain’t exactly a plethora of positivity, and our hut mirrors its owner; worn and forlorn! On the positive side, his large German Shepard has taken a shine to me, and can’t seem to conceal his affectionate zeal while trying to lick the epidermal layer off the face of his new best friend.

After hiking the Mayan ruins of Cahel Pech, we head back into town to book for tomorrow what looks like an exciting excursion to the cave of Actun Tunichil Muknal (ATM); the reason we’ve come all the way to San Ignacio. We’re informed there are only two requirements for those wishing to explore the cave: being physically fit and also mentally prepared for the tragedies that lie within.

Actun Tunichil Muknal, translating to ‘Cave of the Stone Sepulcher’, is a relatively unknown jungle cave discovered in 1989 and open to the public since 1998. It is a spectacular network of subterranean spaces where 1000 – 2000 years ago, the Maya ventured down over three miles into the earth to reach this underworld for religious ceremonies that included grisly human sacrifices.

Greg and I, along with our guide Renan, drive from San Ignacio to the Tapir Mountain Nature Reserve, where we abandon the car, change clothes, lather on bug repellent, and wade across the river. Renan recounts a previous encounter on this trail when he almost took a death nap after being bitten by a deadly Fer de Lance. Not packing any anti-venom serum, our attention is suddenly riveted on the trail, and we’re sticking to him like a wet T-shirt to avoid any encore performance from such a worrisome viper!

After 45 minutes hiking and three river crossings, we emerge from the jumbo of shadows of the jungle canopy, and spot the gaping mouth of the ATM cave that resembles an hour-glass, with emerald water pouring out from within. The cave was believed by Mayans to be ‘Xibalba’, the Place of Fright; and a portal to another world. Donning our safety helmets and securing water-proof head lamps, we stuff our cameras and clothes into a dry sack, ready for the adventure that lies beyond.

Taking a big breath, we plunge into a tranquil pool and enter through the portal of the cave. Just minutes later I’m attacked by a denizen of the deep when one of the many little fish, apparently fancying themselves as guardians of this Mayan underworld, makes his bold move. The naughty wee nibbler has the audacity to nip me right on my nipple! We are now immersed in the blackness of the cave, and for the next three hours bid farewell to the light of the world, relying only on our small helmet lights. Welcome to the abyss!

Along the spooky subterranean creek bed we descend deeper and deeper into the darkness, with water levels varying from ankle to neck deep. We climb, crawl, slither, and squirm around and over massive boulders and through claustrophobia-inducing passages; with our heads protected from the overhangs by our helmets which illuminate the mysteries ahead. The only signs of life in this otherworldly looking eeriness are a few jumping spiders big enough to trip over. Lights, don’t fail us now!

After an hour and a half, we’re immersed deep within the bowels of the cave, and climb out of the water to scramble up the cold limestone rocks into an underground chamber. The sheer enormity is impressive, with an array of glossy stalactites and stalagmites resembling a mouthful of teeth from Hell. This is the main Mayan ceremonial chamber and ancient place of sacrifice. We are asked to remove our shoes and put on socks, to respect the hallowed ground and protect the cave’s floor from body oils which may contaminate it.

Dusty ceramic vessels dated between 700 and 900 AD litter the floor; many with their bases delicately pierced with ‘kill holes’ to release the spirits within. Scattered about are also human skulls, with flattened foreheads and blank eye sockets. In the dampness our senses are alive with visions of ritual sacrifices made more than a thousand years ago in this living museum of ancient souls and unwelcome fates. We’re approximately a half mile underground and it’s so unnervingly silent one could hear a fly fart.

Living our best Tomb Raider life and exploring further into the cavern, our eagerness is upgraded to elation when reaching an old wood ladder propped up against a limestone wall. Clambering up onto a ledge, we discover the startling spectacle we have come to see; the ‘Crystal Maiden’.  This perfectly preserved skeleton of a teenage girl has been ‘cemented’ into the ground by hundreds of years of water running over the remains; causing a sparkling crystalline coating to form over the bones. Her fate was being clubbed to death, as one of the many victims sacrificed to appease the gods to try and bring the onset of rain in a time of drought. The setting is so beyond surreal I feel almost total paralysis in trying to describe it.

Reflecting on how privileged we have been for the opportunity of this journey into the ancient Mayan underworld, we retrace our path back out of the cave the way we came. Finally, our time as troglodytes ends when we re-emerge into the dappled daylight of the jungle, and back into the known world where we belong. Actun Tunichil Muknal is an exhilarating travel highlight we won’t be forgetting anytime soon!

We understand the ATM is currently in the process of becoming a World Heritage Site, and feel fortunate to have seen it before this happens, as surely things will change. Contemplating our commendation-worthy day during the drive back, we realize it’s ‘beer o’clock’, and suddenly have an urge to make a pit stop and congregate with a couple of Belikan beers. After all, without a few brewskis the world just can’t spin.

Our Bullet Tree Falls hut is dark and dank with amenities pitifully few, plus it’s a three mile walk into town for food. Getting any sleep here is more than a little ‘ruff’ with the plenitude of village canines participating in nightly bark-mitzvahs. Also, the shower is busted and there’s no air con, hot water, or soap. We try ignoring our predicament, but two long nights of battling battalions of bloodthirsty mosquitos has taken things to a whole new level of suck, and we end the suffer-fest by buh-byeing our Satan inspired hut.

Returning to Belize City, a short flight deposits us on the island of Ambergris Caye. Collecting our bags we jump into a golf cart taxi, bumping over giant nautical ropes on the beach acting as speed bumps while we search for lodging that suits the wallet. The Blue Tang Inn seems an astute choice and all seems good, that is, until we surprisingly learn the tiny island may be in the path of the incoming Hurricane Richard!

Ambergris Caye has long wooden wharfs jutting out across the white sand into the shallow aquamarine sea, and is such a welcome change from the humid jungle! Locals stand in crystal clear waters cleaning fish and lobster, while large stingrays circle around their feet optimistically looking for any off-cuts and guts.

We meet a local guy who says the best way to catch lobster is to use a mop. He recommends dangling it in the water in front of the rocks, and when a lobster comes out to attack it, you just flip it into a sack. A Cheshire-cat grin moves into my face as I inform him that I am, indeed, travelling with a MOP!  However, for some strange reason when I unveil my ambitious plan to ‘MOP’ that we’re going lobster fishing on the reef and going to use his dangly bits for bait, his apparent phobia of ‘emasculation by lobster’ is revealed when he suddenly finds something of great interest on the top of his shoes!

Exploring the Caye by bikes, we come to a pre-school surrounded by a fence made to look like pencils. This is extraordinarily appropriate, as I’ve brought along bags of pencils to give to the needy kids. Reaching agreement with the teacher that gifts are OK, she escorts outside a class of ragtag little inmates hand in hand. I quickly get the lead out, and dole out my pencils in front of the colorful pencil fence.

Over the next two days we dawdle about the island in the sun, and end up booking a snorkeling trip to Shark Ray Alley to swim with the sharks and rays. On day three however, the weather is harshing our mellow, with dark and foreboding clouds smudging out the sky. During the night we’re awoken by biblical rains pounding against the widows so hard that I think the animals are probably starting to pair up!

Calling the airport about the weather situation, we’re informed that tomorrow is the last day planes will be able to fly out. It has been confirmed that the island is now smack dab in the path of a mighty hurricane about to roar ashore within 24-48 hours. Regrettably it’s time for us to depart, as the low lying island is flatter than frog road kill and offers virtually zero protection from what is sure to be one Hell of a blow job!

For a farewell feast we drop in to a little hole in the wall joint called Waragumas for a lobster dinner. The crustacean sensations are humongous, and our taste buds salivate with the certainty we have made a wise choice. Finishing the last of a nice bottle of wine, we head back to pack our bags for tomorrow’s evacuation.

The airport is frantic, as people scramble to vacate the island. Airlines have now totally abandoned regular schedules and are making continuous flights back and forth from the mainland every 15-20 minutes, trying their utmost to get everybody off the island. And so begins our arduous day of travel, bouncing through the skies via Belize City, El Salvador, San Francisco, Vancouver, and finally home to Victoria.

This tiny island/nation of Belize punches well above its weight, and as disappointing as it was to have our holiday cut in half, we did enjoy our brilliant but all too brief adventure. Now, we just have to explain to the wives why it’s mandatory that we go again!